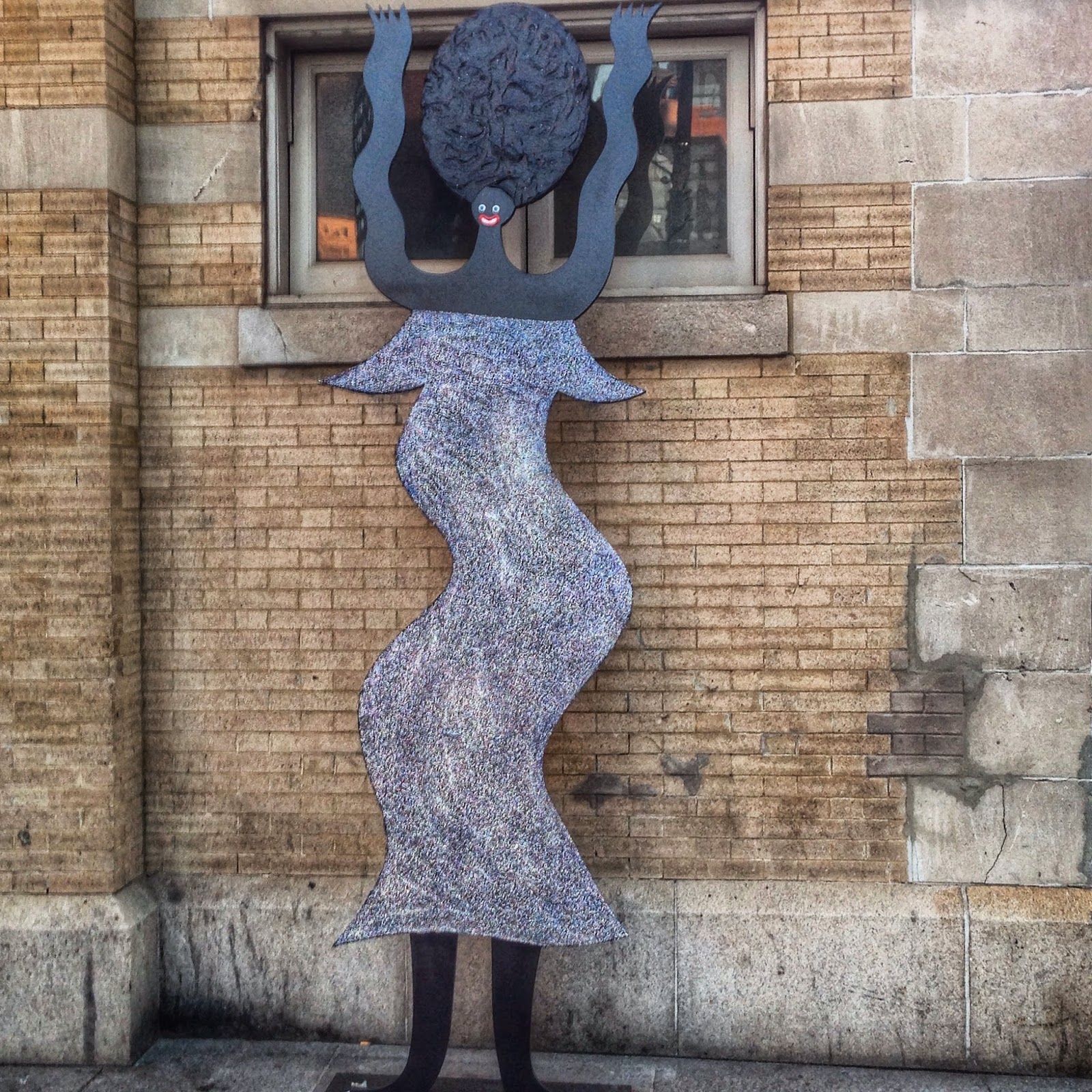 Broadway and 72nd Street
Devin Troy Strother (b. 1986)
Rae’Shawna & Dee’Shawna (with that John McCracken Lean), 2014
Based in New York and Los Angeles, Devin Troy Strother makes figurative sculptures that both critique and explore the power of caricature. Cut from painted aluminum, they retain the artifice of a stage flat or silhouette. The leaning installation is a reference to the late John McCracken’s famous colored plank sculptures,  but these sparkling, shimmying figures are decidedly maximalist in their exuberance and energy.

its part of the art on the street
sponsored by
Marlborough Chelsea
and
produced in collaboration
with
the Broadway Mall Association and the NYC Department of Parks and Recreation.
The 'exhibit'
which begins
at
Columbus Circle
extends
up along the B'way Mall
to
Harlem
will be up
though
February 2015.