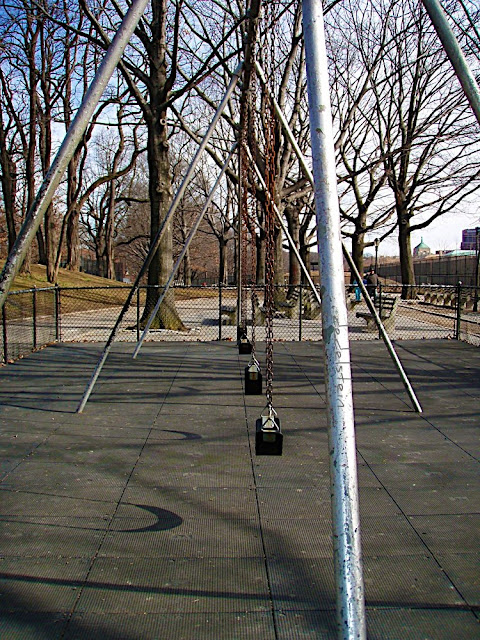 Swings in the Jerome Park, in the Bronx
Noon on a very cold
President's Day, Monday, February 16, 2009

The Jerome Park Reservoir is located in the North Bronx, New York City. It was built in 1906 to serve the Croton Aqueduct as part of the New York City water supply system.

The reservoir is surrounded by DeWitt Clinton High School, the Bronx High School of Science, Lehman College, and numerous apartment houses, including the Amalgamated Housing Cooperative, administered by the Park Reservoir Housing Corporation.

It is named for Jerome Park Racetrack, a part of the former Old Bathgate Estate which opened in 1866 and which was the site of the inaugural Belmont Stakes in 1867. The racetrack was condemned, bought by New York City and closed in 1889 to make way for the reservoir.