I am a friend and supporter of Diane's, she of the amazing jewelry making talents AND the gentle spirit, you can visit her blog Rosa & Josie's.

One day back in November I visited, as I do every day, and saw the most exquisite turquoise cross ... now you may wonder why a nice Jewish girl would be enamored of a cross ... well, I have a cross and heart 'fixation' ... I love both shapes. I have several necklaces with crosses NOT crucifixes, crosses.

As luck would have it the cross in this photo was sold. Diane said she would make me another similar to it, not identical because all the crosses are different due to the nature of turquoise and of course she's an artist not a machine.

Sometime went by before Diane found another cross she felt was 'right'; she proceeded to make this one for me and she sent it off ... USPS ... sadly it never arrived.

Lost or stolen, we had no idea.

Diane was undaunted and set about making another ... which believe it or not was lost as well!

We couldn't believe it!

This past Tuesday she mailed off another .... this one .... she said it was due to arrive on Thursday of this week.

Midday Thursday Diane emailed to say the tracking info says the package was delivered to my home at 8 something in the morning ... it was then past Noon ... so I called Husband to make sure it was there.

Hey, honey, I said, Did I get a package?

No, was his reply

OH NO, I thought, I cannot believe it.

Before I could say anything Husband said:

You got TWO packages ... from Katy, TX ... from someone named Rosie? 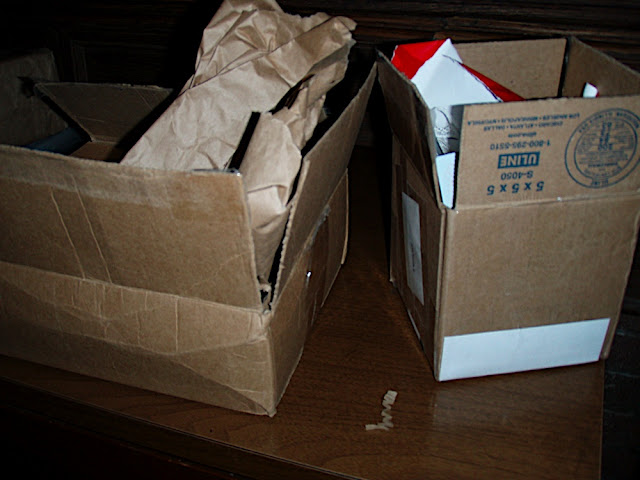 I laughed, I applauded, I hung up and immediately called Diane.

Turns out that the second AND the third necklace arrived simultaneously!!!

Diane had insured them all so she got paid for the lost necklace which is now found and although I offered to send one back, she insisted I keep them both.

I am wearing Cleo's Turquoise 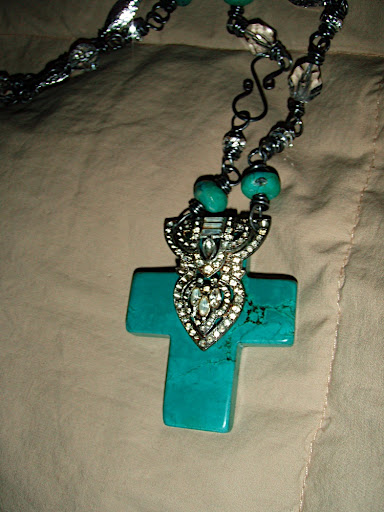 as I write this
and the earrings on the left. 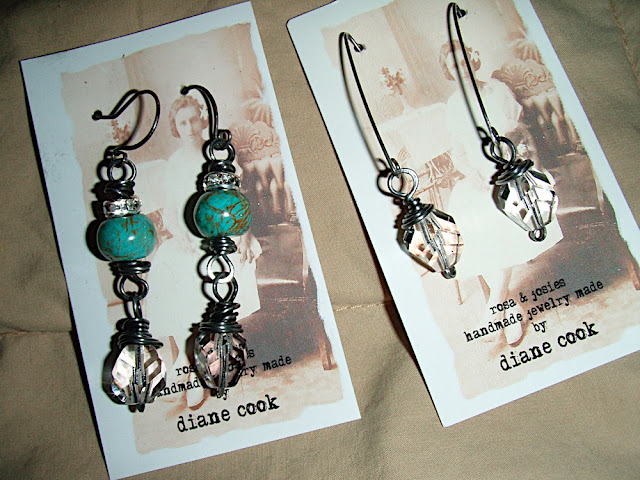 She sent one pair with each of the crosses ... and a deee-vine smelling Ginger soap I cant wait to use.

Doesnt that restore your faith in the mail system?

I didnt think so.