IT was a a busy evening here last nite. The cows, Fred & Bessie, showed up around dinner time. As soon as they put their things down Bessie let me know she was a little peeved because Fred insisted on putting everything Asthmagirl gave them in that sack AND he had been, she said, skateboarding so she had to run to keep up!
They did stop in Dallas to visit with Sugar Bear and they did make stops at the Queen's place as well as with Mamahut. They said the Chihuahua Underground had aided and abetted them across the country and they wanted their helpers to know that they appreciated all the help, the places to stay overnight AND for the chocolate and butter.
In fact, one of the first things they did was to check out my fridge! 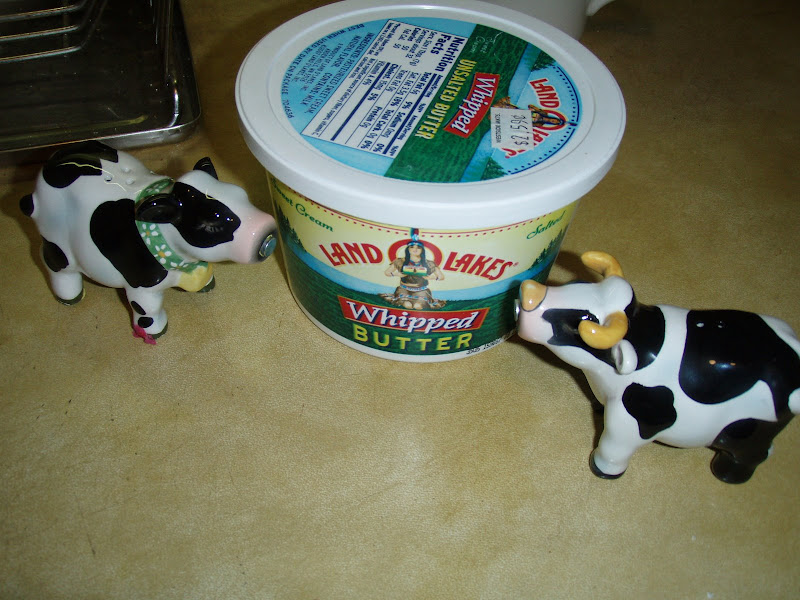 I caught them about to eat the chocolate bar Asthmagirl sent ME! 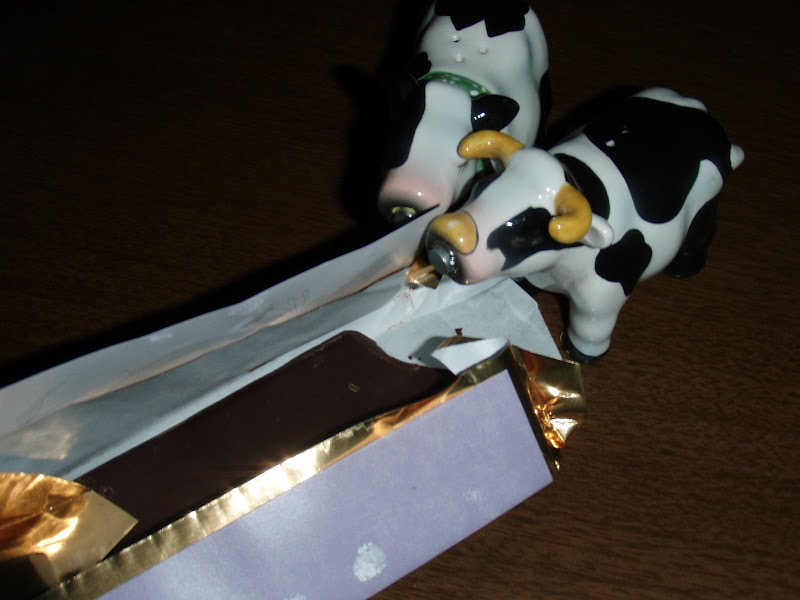 Fred needed some help.
His nose got a little bruised during the trip.
Bessie was fussing over him but he asked Husband to help.
And of course he did. 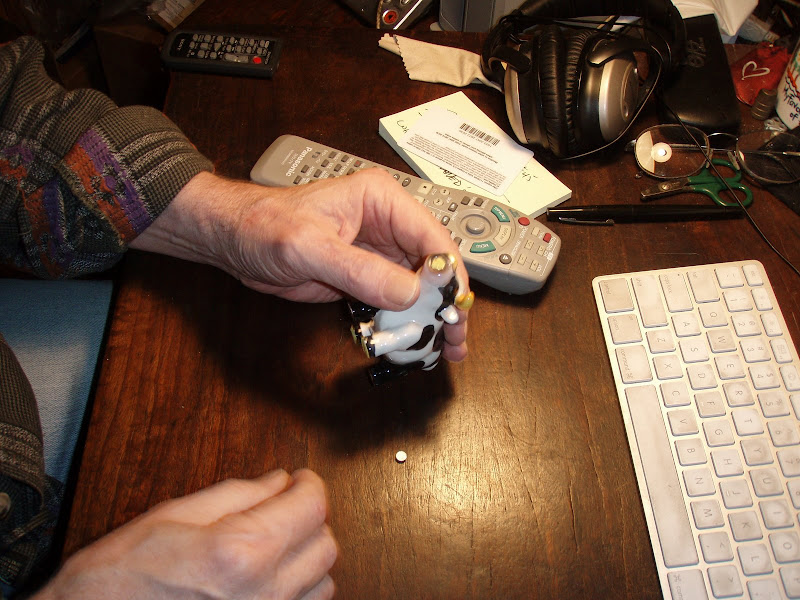 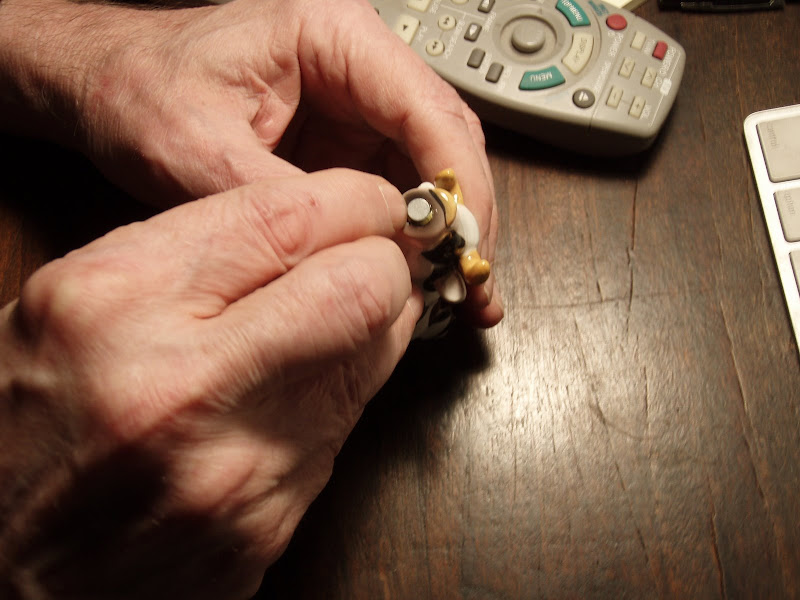 Husband told Fred he'd have to rest for a while 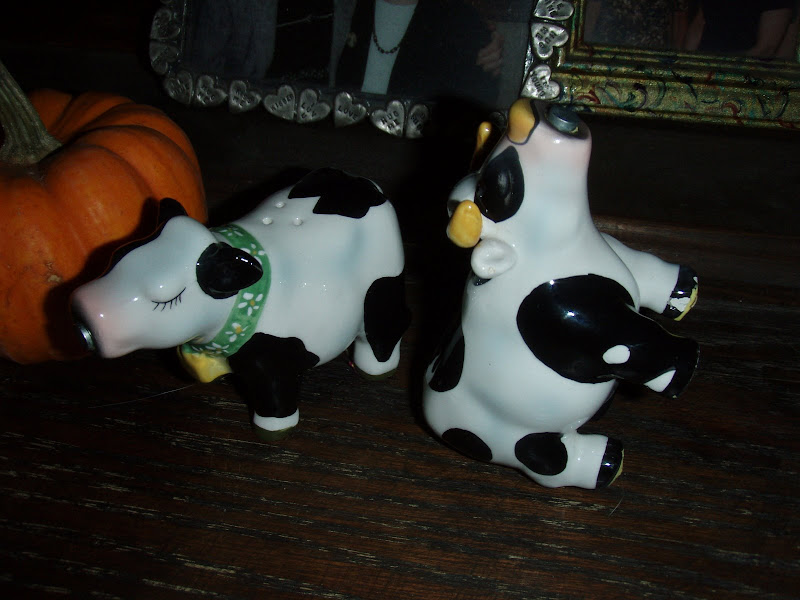 Fred wondered if this qualified for a "Waiting, Impatiently" post ..
I said it didnt but it was a nice try on his part.
Meanwhile Bessie who was still harboring ill will toward Fred went exploring ...
She discovered (I saw her flirting!) PiCOWsso (PiCOWsso was part of the Cow Parade) 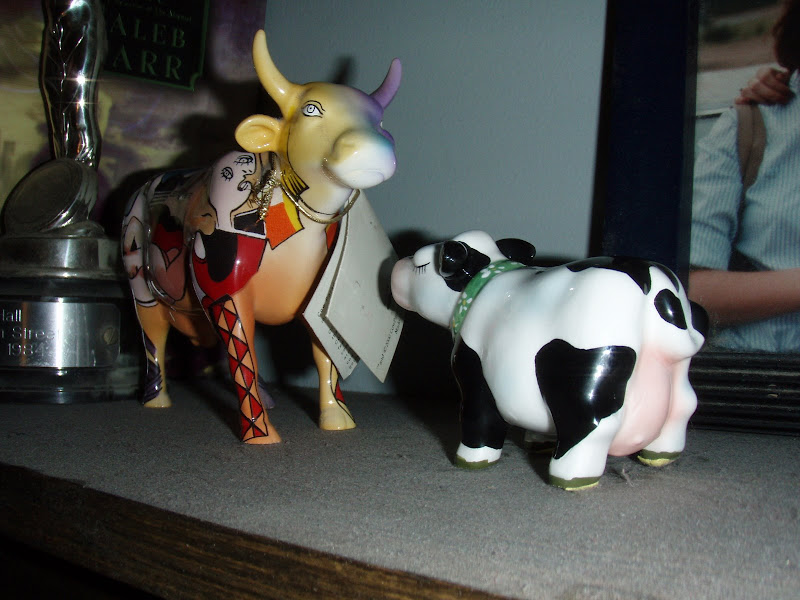