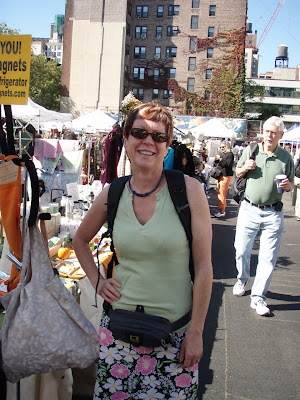 Sue aka ScrappySue has been in NYC for a week ... 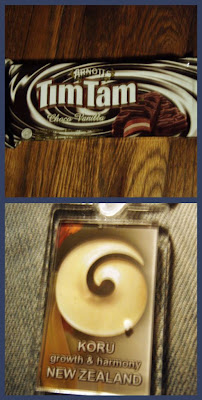 She brought me some NZ goodies ..
what looks to be a yummy 'biscuit' & a cool key ring
Today was the first chance for us to get together. However she's been to 3 Broadway shows, including Spamalot; taken a Sex & The City tour, gone dirt bike riding in Central Park (I had no idea there were tours like that!), she saw Madonna's concert and she's negotiated the subways and streets of the Big Apple like a pro. 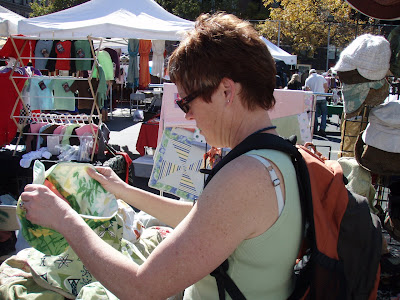 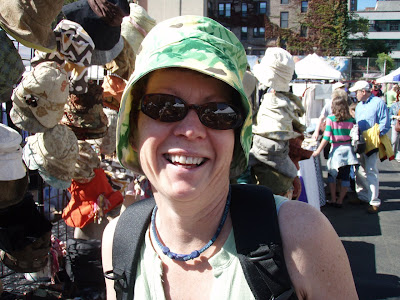 We went to the GreenFlea and Crafts on Columbus where she got a lot of gifts for those back in New Zealand as well as for herself ... 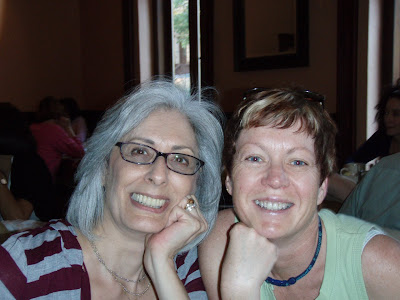 Stopped here, at the apartment, so she could meet Husband and the kits ... now she's off to dinner with another blogger who lives in the West Village (Greenwich Village) ... tomorrow she heads to NJ for a few days and then to the midwest ..