Dad grew up during the Depression.

He dropped out of college to go to work after his older sister moved to Washington, DC to work for a senator.   He helped support his parents and younger sister giving up his dream to be a lawyer to work at the job his older brother left behind when he joined the Army.
He met my mom at the wedding of mutual friends; a few years later he married her. 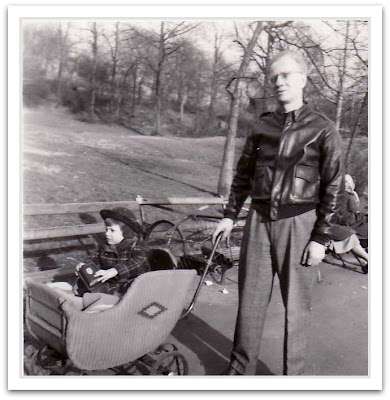 We'd talk about the things I was learning in school or photography. When I got a little older he let me use his Rollieflex camera for my photography class. He never criticized, he offered suggestions and showed me other points of view and not just about photography.

This photo was taken right before my parents moved to Florida. I missed them very much after they moved even though I was by then a married lady with a home of my own. 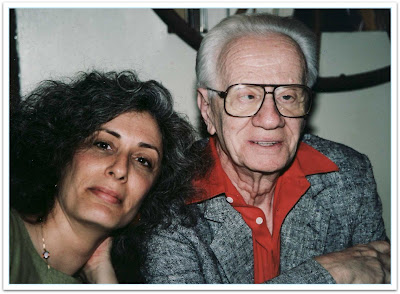 Husband and dad became friends which made me very happy. 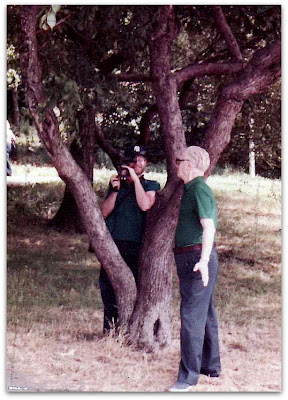 After they moved to Florida my parents would come back to NY to visit for the month of June every year because beginning on June 4 there were family milestones to celebrate every weekend ... including their wedding anniversary and Mom's birthday.

As they got older and their health declined they stopped coming up to NY ... it was too hard for them to get around easily and so my sister and I would visit them every few months. And every few years to celebrate Dad's birthday in October Husband would join us.

We were all together one June to celebrate their anniversary, Father's Day and Mom's birthday with them in Florida when Dad had a small stroke and Mom fell and broke her shoulder .. it was a major turning point in all our lives.

Things seemed to improve for a while and then as things do when people are getting older they got worse. I stopped working and spent a lot of time with them. My sister handled the finances. I handled the day to day.

When Dad passed, two days after his 91st birthday, it was in many ways a relief. He had always been a strong independent person, a take charge guy until his failing health left him in a wheel chair frustrated and often depressed.

I read his eulogy at his funeral and said many of the things I said here today ... especially that I miss him and always will. 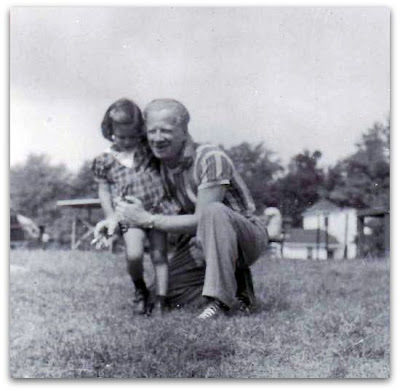