We've got 3 Apple stores in Manhattan. Husband decided the newest one on 14th St/9th Avenue was a 'straight run' from our apartment on the UWS. I decided to tag along.

The Broadway IRT subway line we use is doing maintenance so locals ran on express tracks, expresses ran on local .. don't ask .. we got there early so we wouldn't be late. 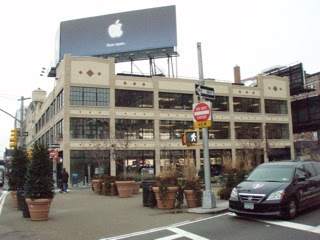 Apple is now where the Belgian-themed restaurant MRKT was on the corner; how cool is it that they created a small triangular park with WiFi right outside the store? Very. 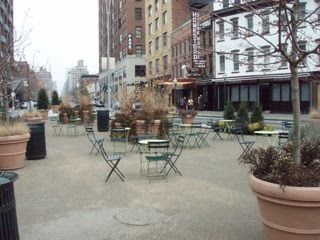 The inside of the store is all glass, chrome and natural light which plays off the old stone masonry of the actual building. 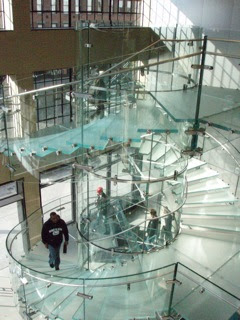 We had a very short wait even tho we were early, the Genius I will call E came over to where we were sitting to say he was available if we wanted to get started now. We did. 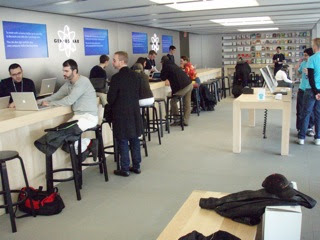 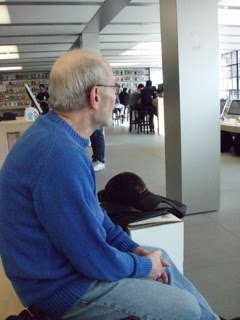 After Husband explained the problem I asked if E was planning on using a butter knife to get the DVD free. He laughed saying he might.

E looked the iMac over, did a few of the already tried fixes which still didnt work and then said he was going to get a stick. This tickled me no end. 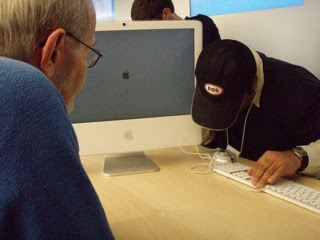 I have to tell you how nice and thorough E was he kept thinking this one last poke with the little 'stick' was going to do the trick but it didn't. 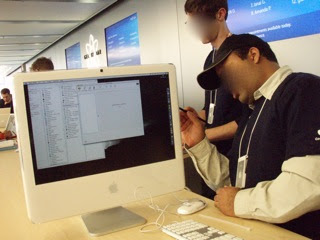 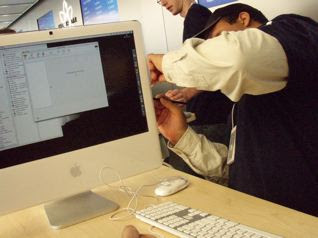 He tried the lay it on the side trick. 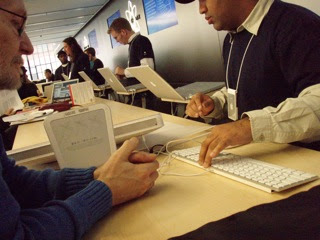 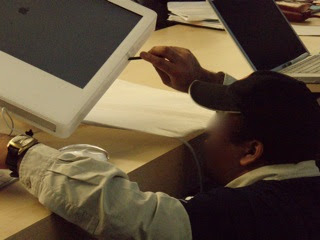 He tried the hold the various key combos during the boot up process. Nope.

He tried everything short of slamming it upside its side.

Finally he told Husband it had to stay and be operated on. While the operation would take but 10 minutes he was obligated to tell us that it would take from 3 to 5 business days. After signing the release forms we left the iMac with E and headed home. 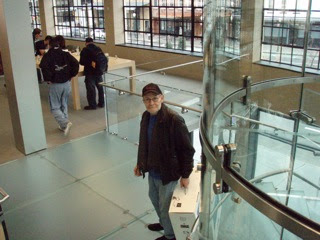 Almost the minute we got home Husband began the 'I dont have my computer' whine ... so I set up his email on my laptop .. attached his mouse .. and showed him what NOT to touch.