Every year I want to go to W. 77 Street to watch the Macy's Thanksgiving Day Parade balloons be inflated. It almost always rains or its freezing cold ... one year the husband and I went in the rain. Pictures werent very good.

Once I worked for someone who lived in 6 West 77 .. there was a party every year, one year I got a couple of memorable pix: 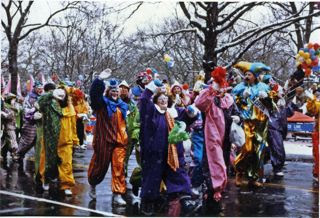 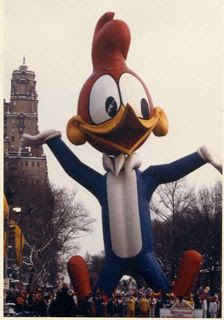 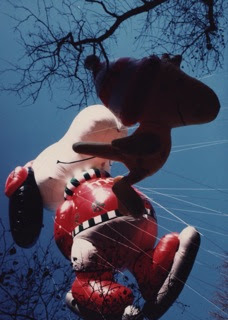 This year my cousin Erica, who along with her awesome husband Ben, a pilot in the Air Force, was going to be in town. They have an adorable two year old, Alexandra, and wanted her to see the balloons .. as she told me: BIG LOONS!

Erica, Ben and Alex trained in from the 'burbs meeting me on 79 St/Broadway at 7 pm. whereI was astonished to see the streets filled with people... with children .. more people than I have ever seen on Broadway on a winter night ... we walked along Broadway to W. 77 St with a zillion others .. between Amsterdam and Columbus we passed a Mini Cooper belonging to The Big Apple Circus where little balloon animals were being blown/twisted into animal shapes for kids. 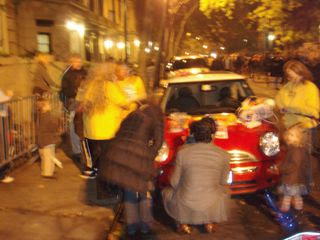 It was then I discovered my night setting sucked. Photos were coming out streaky and blurred.. Ben, bless his heart, showed me how to cheat the ISO, so now all we needed was to be able to see the balloons.

Ben wondered if showing his Air Force ID would get us closer .. not only did it get us closer, the police let us walk down 77th across from where the rest of the zillions of people were slowly moving en mass on the Museum side of the street. 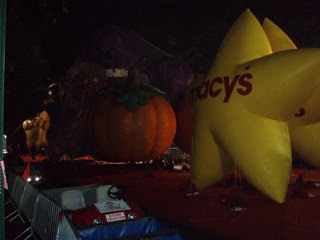 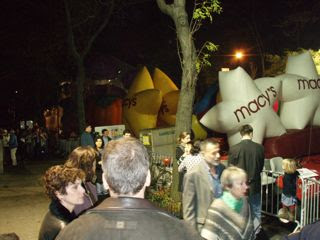 When Alex reached out wanting to touch a BIG LOON, one of the policemen offered to walk her over so she could .. and she did.. of course there was very little light so its a badly blurred photo but still .. 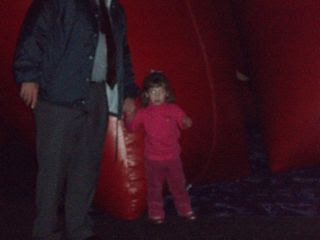 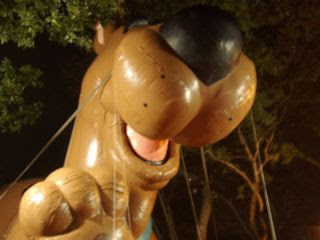 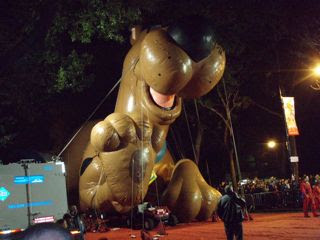 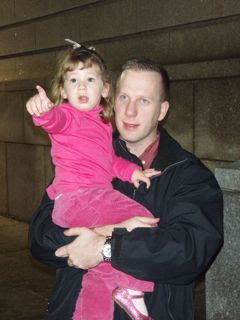 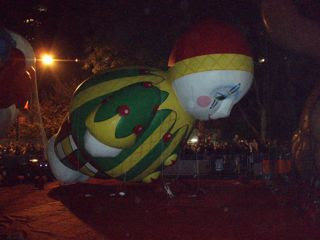 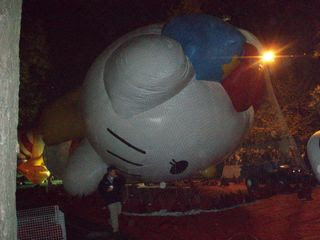 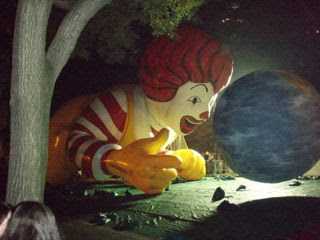 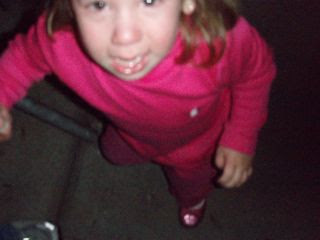 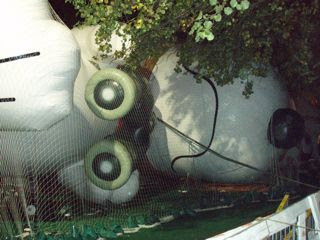 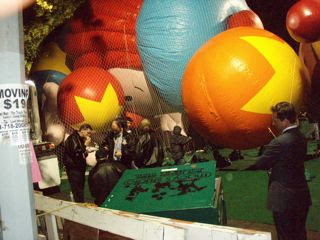 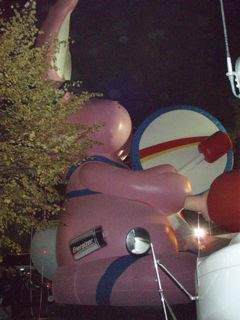 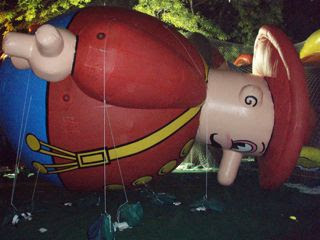 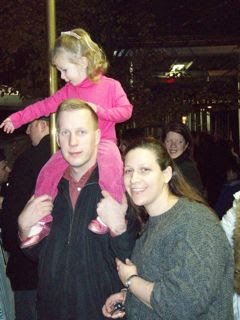 It was a truly magical experience .. when Alex saw a few older kids with balloons on strings she wanted one; we asked where they'd gotten them and were told at a restaurant near by .. as we were discussing if we should go see if we could get her one, a man with a little boy holding 2 offered us one.. 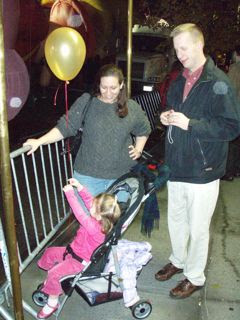 And I got some quasi nice shots of the BIG LOONS.. and met some really nice cops!