Have You Ever Noticed ...

that once you see "something" you then see others of those somethings everywhere?

That was the case this Sunday as I walked over to the Flea Market. For me, this fine summer-like Sunday, it was bicycles. Everywhere.

It started with this very, sort of sad looking tricycle. Seemingly abandoned alongside the trash can that resides on the corner of WEA/80th Street. 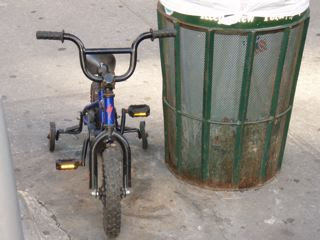 I hoped that it wasn't abandoned but just waiting for its owner to return.

Meanwhile as I wandered across to Columbus Avenue I saw bikes everywhere .. everywhere .. at 77th Street propped up against the wall outside the pizza place 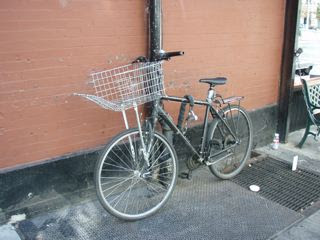 Waiting patiently for Hunan Cottage deliverymen to hop on and race off to make sure you get your order while its still steaming from the wok .. 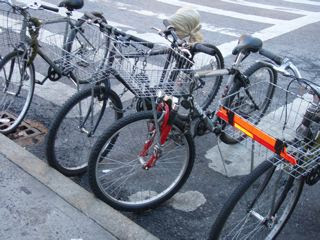 Outside the comedy club ..do they deliver laughs? 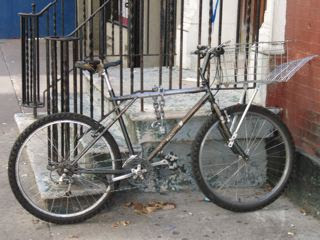 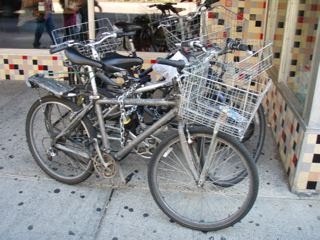 I loved this little pink bike waiting outside the Flea Market 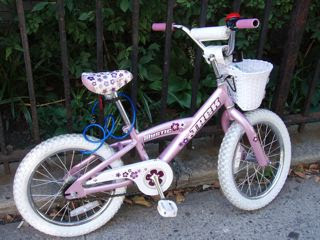 In a neighborhood so filled with bikes, clearly these people must be very busy 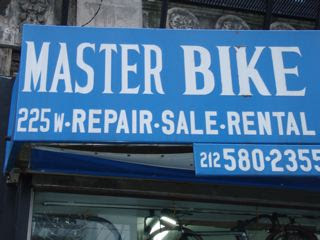 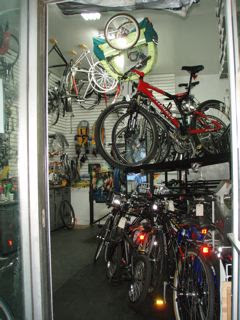 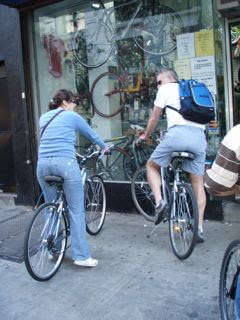 And I had to laugh at this gentleman ... 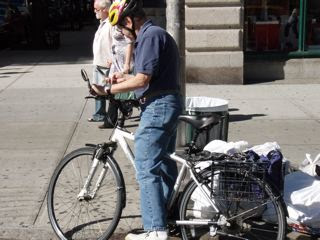 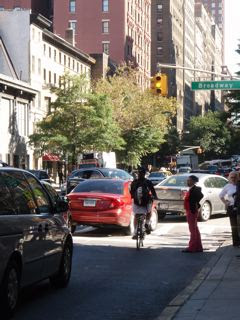 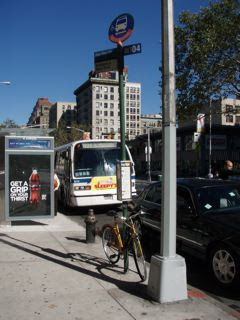